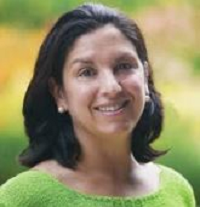 Angela Mills, a native of Ohio, has lived in Amherst since 1991. A 1995 graduate of Amherst College, you can most often find Angela near a baseball diamond, a basketball court, or the local football fields cheering on her two high school boys. After a few years of prep school teaching and coaching as well as a stint as a college coach, Angela made a career switch and spent seven years working at Crocker Farm Elementary School. Her recent volunteer efforts include: Co-Chair of the Crocker Farm PGO, CCD teacher, youth travel basketball coach, youth baseball assistant coach, member of the Amherst Baseball Board, parent volunteer coordinator for high school football team, and volunteer coach to the UMass women’s club volleyball program. When she finds some spare minutes Angela loves: trying new plants in her garden, walking with her dog Jenna, and reading poetry in Spanish. She is married to E.J. Mills, Head Football Coach and Associate Men’s Golf Coach at Amherst College. The Mills family resides in South Amherst. GO ‘CANES! 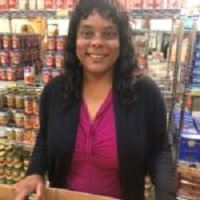 Jennifer Moyston is an Amherst native.  Jennifer formerly worked as Food Pantry Coordinator at the Amherst Survival Center. She has also participated in several ASC search committees and is an active member of its Strategic Planning process. Since 2013, she has been the Administrative Assistant for the Town of Amherst. Jennifer has over 30 years of experience assisting low income, and mentally and physically challenged individuals. 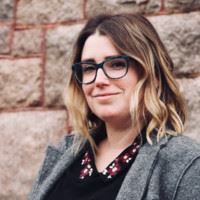 Brianna has lived in Amherst since 2003. She is a 2008 graduate of the University of Massachusetts Amherst concentrating on Communications and International Relations. She is a recent graduate of the School of Public Policy at UMass focusing on digital governance. Brianna has worked in municipal government communications and technology for over 10 years and previously worked for the City of Worcester. She serves on the Women Leading Government, Programming, and Civic Education Committees at the Massachusetts Municipal Association, vice chair of the ICMA Digital Strategies Committee, Founding President of the ICMA UMass Student Chapter highlighting local government as a career option for students and a recent graduate of the Leadership Institute for Political and Public Impact.

In 2019 she received an Excellence in Technology award from the Commonwealth of Massachusetts for business process improvements in the Town of Amherst and a MIIA Innovation Award for improving employees access to wellness programs through digitization alongside her human resources colleagues.

Tell us what you think...